Automata are mechanized figures that imitate or parody life. They have complex movements that are able to do many actions after being wound. The best antique ones were attributed to France and were not made as children's toys, but were meant to be played by adults. Automaton refers to a single piece and automata are more than one. The proper pronunciation is: "ah TOM ah ton" and "ah TOM ah tah". Automata were impressive to people during the 1800's..the figures almost appeared to be miniature people and move as if by magic! 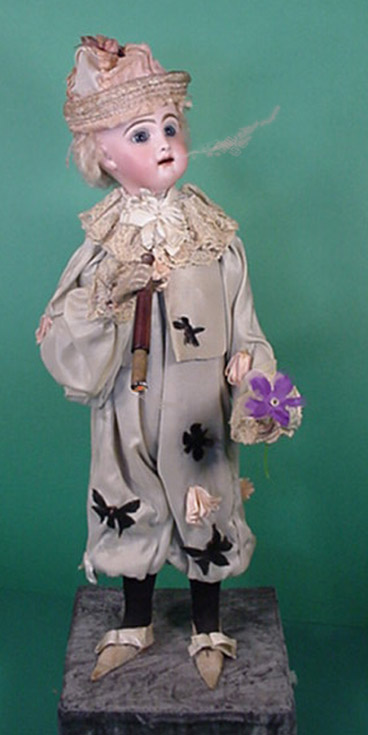 This figure has a bisque head by Jumeau and a musical key wind.  His head moves, right arm moves, as he puffs on the real cigarillo. The cigarillo glows, then he turns his head and exhales a plume of smoke. 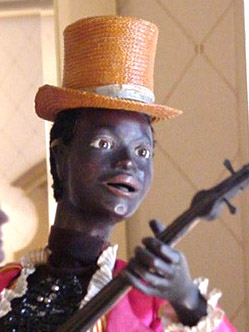 Black Banjo Player by Gustav Vichy  circa 1880 31", two tunes, exhibited in Bagatelle, Paris 1993. We purchased him from the personal collection of Christian Bailly, author of "The Golden Age of Automata" book.

He strums the banjo, lifts his head up and down, moves his eyes, and his tongue moves in and out.

See him play at 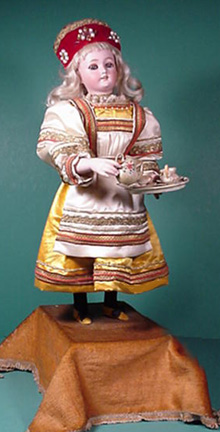 This French piece is called the "Russian Tea Server". She opens and closes her eyes, turns her head, moves the tray, pours tea and lifts the teapot, while music plays. Her clothes are original and she was made in 1890 by Lambert. 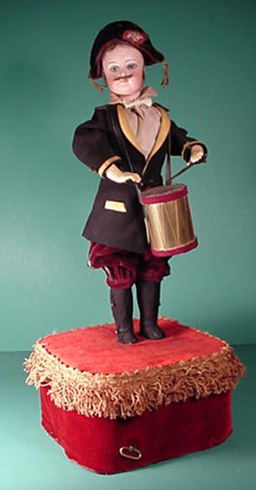 Renou made this French soldier that drums, looks around, and plays music. He's wearing his original French costume.

This is a Magician by Renou, with a Jumeau head, circa 1900. Music plays while he raises and lowers his hat and nods his head. Each time he raises his hat,one of four different objects appear. (apple, dice, orange, cup, or empty table) 19" tall 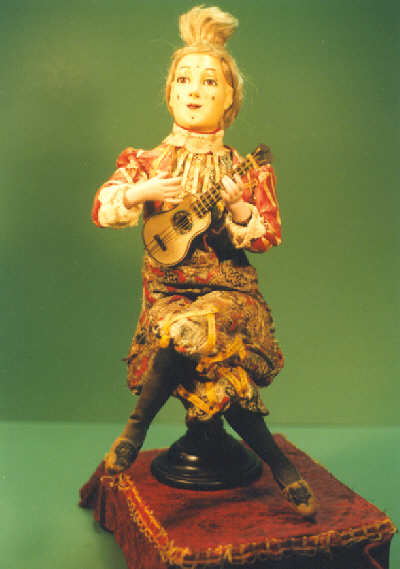 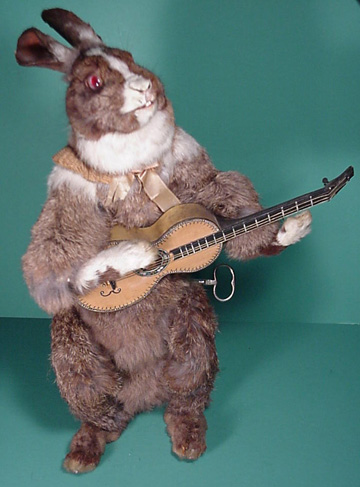 This life size rabbit from the 1800's is by Roullet DeCamps. He is a French piece that strums and frets the guitar, moves his ears up and down and rotates them back and forth . His head moves from side to side while opening and closing his mouth. He plays three tunes. 18" tall, not including ears.

I've always wanted an arcade or mid-way fortune teller..and now we have one! She is life size, breathes, nods, turns her head, chooses a Tarot card, and dispenses a fortune!