Clockwork items were used for home entertainment and store displays before electric power was available. They will usually run for hours after being wound. They have a couple of simple movements, such as: nodding head and moving eyes or mouth. 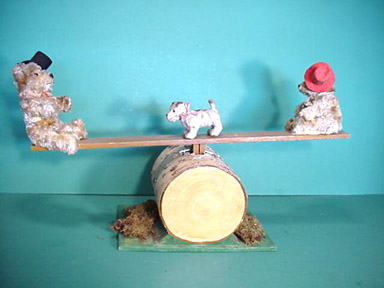 Old German clockwork clown playing with an El Diablo. His head nods and his mouth moves. 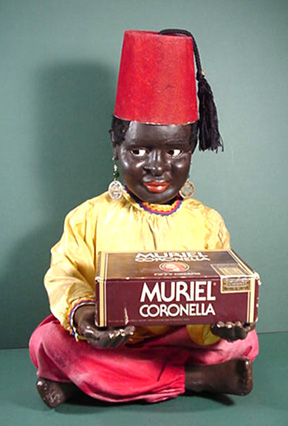 Clockwork boy was used as store window display for cigars, chocolate or coffee. His seated height is 19" tall. 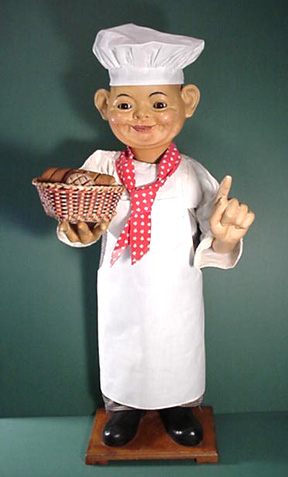 This is probably a German piece used in a Bakery display. He's almost 26" to the top of his hat. 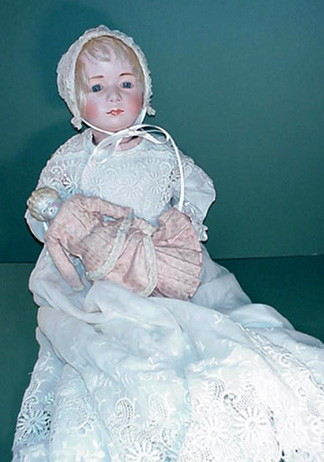 A clockwork doll with a paper mache head. She's holding an "Alphabet" china head doll in her lap. 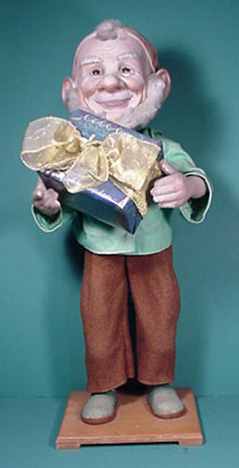 We purchased this elf from a couple who brought him over from Holland. He's 23.5" tall and his head nods and eyes move. 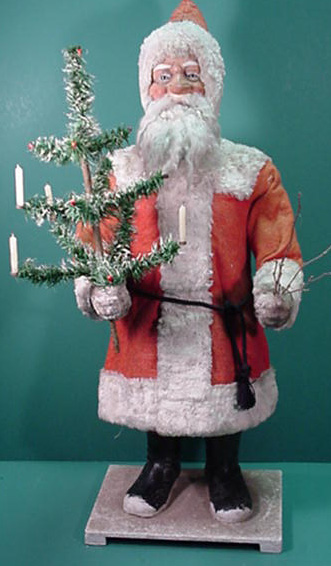 This clockwork Father Christmas has glass eyes and a kindly face. He holds an antique feather tree in one hand, and switches in the other, as an admonition to the children that they better watch out! 29" tall 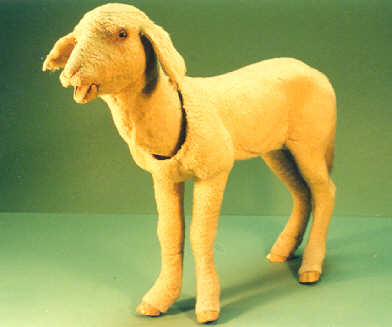 This Life-Size Clockwork Lamb is from Versaille, France circa 1880's. His head nods and his chin moves. 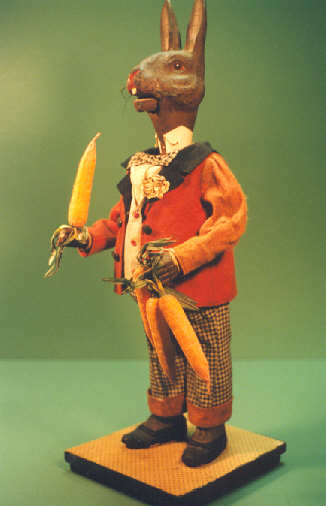