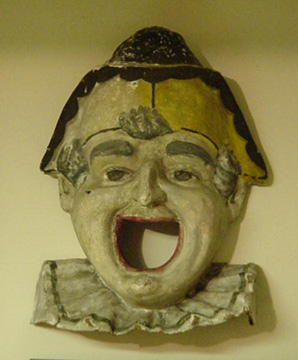 This is a paper mache French Ball Toss, made in the likeness of "Punch". 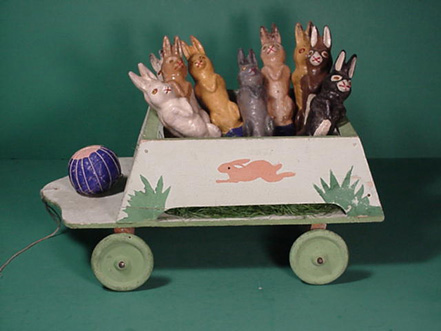 This Rabbit Skittles game is complete with container and "cheese" (which they called the ball.) Skittles originally predated bowling. In the beginning it was played as a religious game. The skittles were "heathens", and a chunk of cheese was thrown at them to see how many could be knocked down!

This Elephant Ball Toss was made of paper mache and is probably French. When the ball is tossed into his mouth, it is returned via the feet. 35" tall 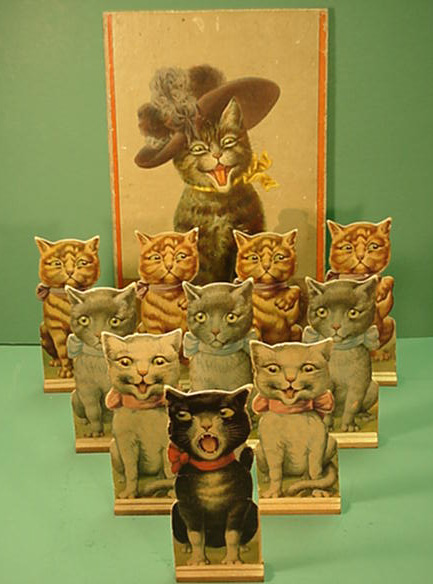 This is a 1909 McLoughlin game of Ten Pins. The game consists of setting up the pins in a group on the floor or a table, and rolling the ball at them, with the object of knocking down as many as possible. 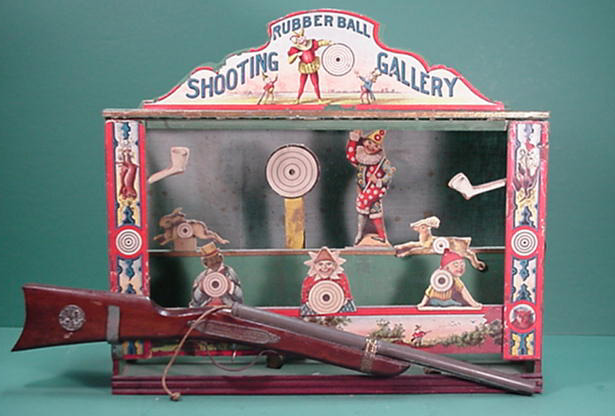 This Rubber Ball Game was made by Schoenhut in 1901. 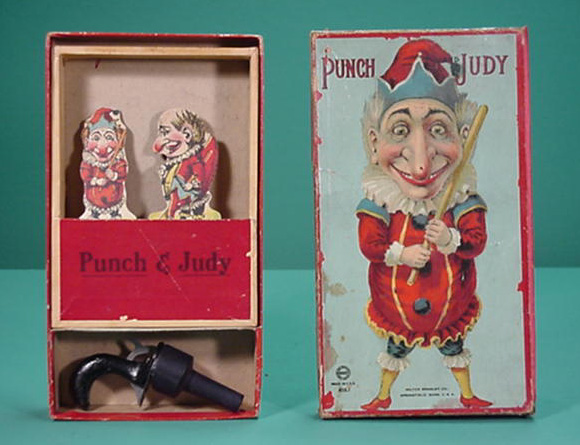 A Punch and Judy Target Game 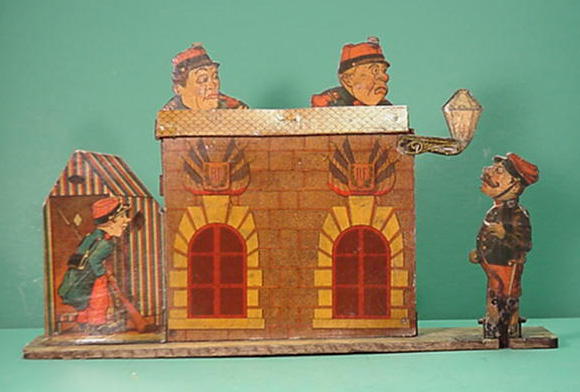 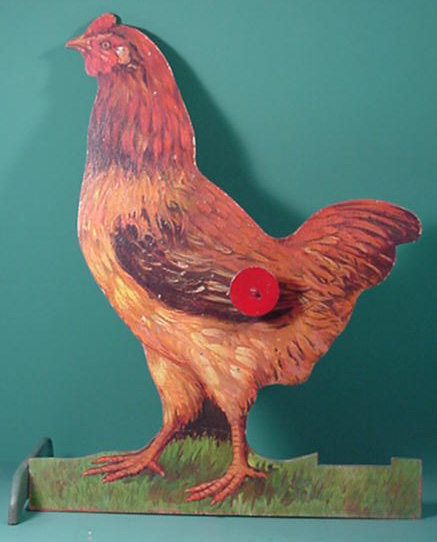 Another French Target Game which has a life-sized hen laying an egg when the metal circle is hit. 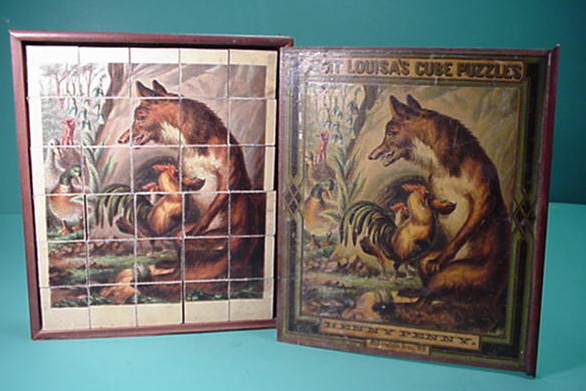 A six-sided picture cube puzzle called "Henny Penny...Aunt Louisa's Cube Puzzles" was manufactured by McLoughlin. The blocks could be put together to make six different scenes and came in a wooden box.